And lots of other packages that are available at my GitHub account http://github.com/pbiecek 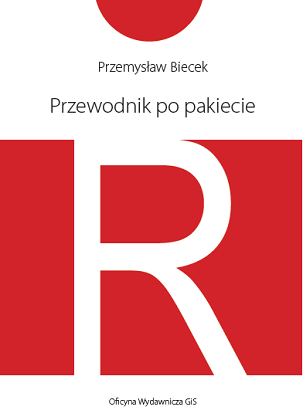 ,,Przewodnik po pakiecie R’’ was my first book. I wrote it in 2007. The first edition was 350+ pages long guide for R language, applied statistics and graphics. It was published in 2008 and now after few years it has 4 major editions. Every few years the book is being updated as the R language evolves. It was fun to write this book it was a first polish book about R and I still get some warm emails about it.

In 2015 I’ve created a massive online open course for R PogromcyDanych and more than 4000 people took part in it.

Linear models with fixed, random and mixed effects with R 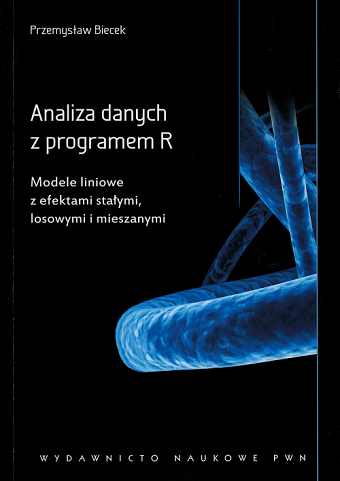 In the pre-habilitation period I did a lot of studies related to linear and mixed models mostly with collaboration with people from other areas like medicine, oncology or genetics. These collaborations result in lots of interesting use-cases. So in 2011 I gathered selected projects and used them as a skeleton for the ,,Analiza danych z programem R’’ book, a companion over linear models with fixed, random and mixed effects.

My interest in mixed models started with lectures of prof. Witold Klonecki, my advisor. It’s a very useful set of modeling techniques. Yet these methods are not present in the academic programs in Poland. Thus I hope that this book will introduce them to larger number of data scientists. 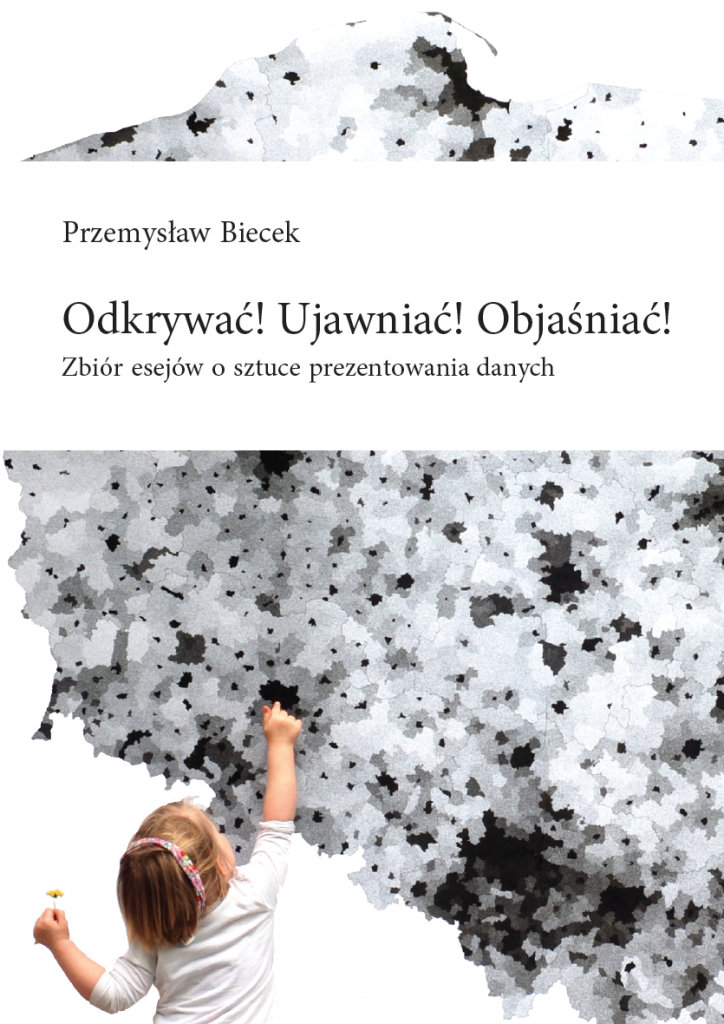 ,,Eseje o wizualizacji danych’’ is my most recent book. It’s devoted to data visualization from the point of view of a statistician. It was an very interesting project. I self published this book and make it freely available on web http://biecek.pl/Eseje/. It was a risky project in 2013 but no I think it was worth it. Lots of interesting experience, many interesting discussions and collaborations initiated from this. It has a single chapter devoted to Grammar of Graphics that is linked with a single tool. But all other chapters are tool agnostic, they present philosophy and joy that results from good statistical graphics.

In my free time I am blogging, mostly about statistics, interesting conferences, events or sources. Recently I am blogging about my experiences as an academic teacher. Content of this blog vary a lot as also my interests.

In 2012 I’ve started Beta and Bit initiative with a simple purpose in mind. Let’s create resources that will be interesting for other data-driven people.

The goal is to have fun while playing with data. Today we have some stories, comic books and games. And working on new stuff.

The official website of the project is here: http://betabit.wiki/

Beta loves math, books and puzzles. Bit loves to hack robots, crack passwords and run into troubles. Together they are a team of curious and unstoppable data crunchers getting to know the world around them through the prism of fun with the data. 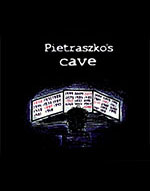 Pietraszko’s Cave by Magda Chudzian is a story about Beta and Bit trapped in the labyrinth of time. In order to return to present times they need to hack the Pietraszko’s time machine.

You can buy the book in empik or in other bookstores. 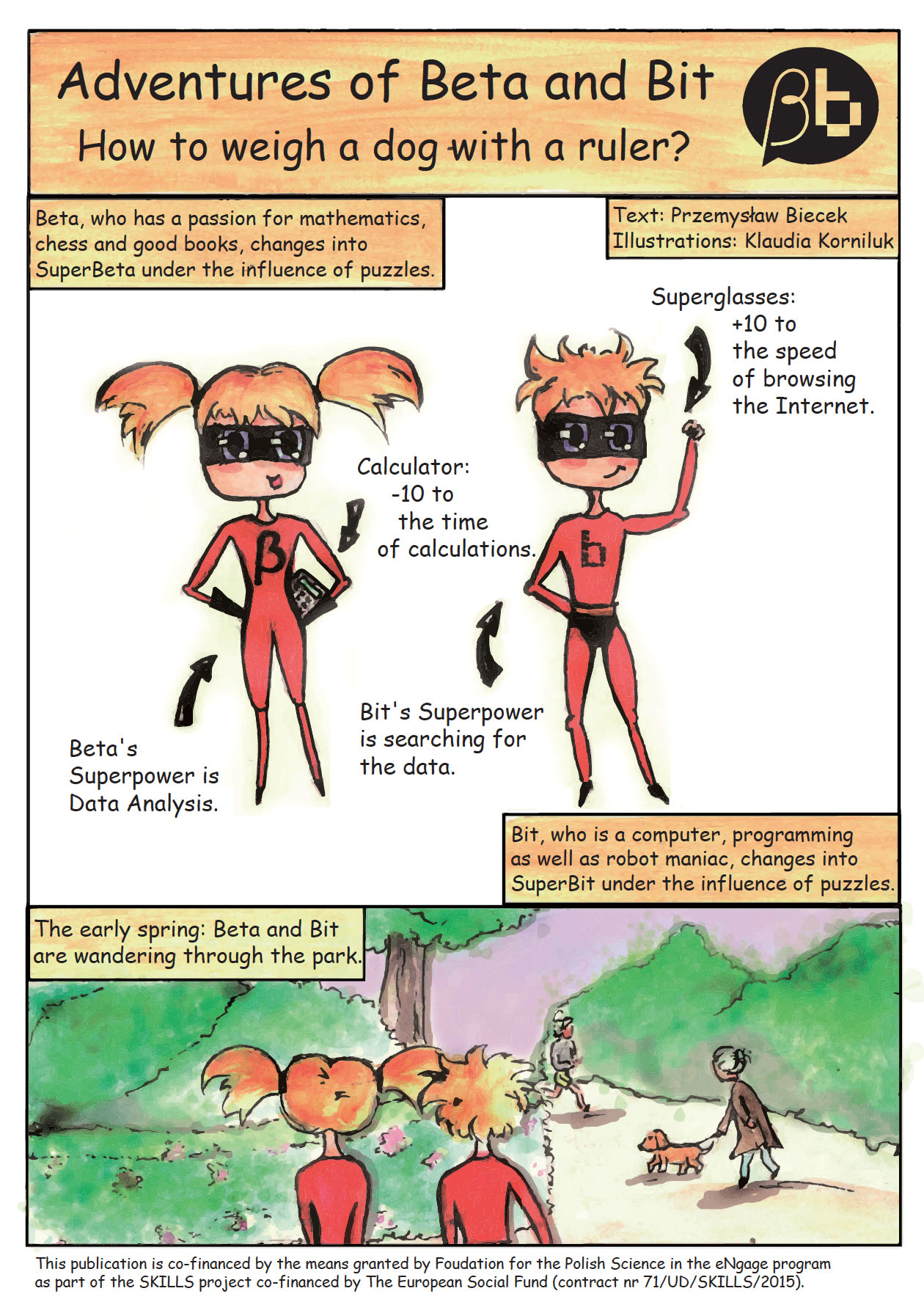 How to weight a dog with a ruler? is the first comic books about Beta and Bit. Learn how to estimate the weight of T-Rex dinosaur with the use of linear regression! 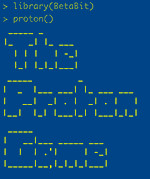 Ready to hack the Pietraszko’s password? The Proton Game is a text based R console game. Just install and load the BetaBit package from CRAN.